Chances are if you’re from Labrador, the Creative Arts Festival has touched your life in some way. The children’s theatre festival is the longest running in Canada, and in its over 40 years of bringing the arts to Labrador, it has worked with over 68,000 children and youth.

When Tim Borlase founded the festival in 1975 with Noreen Heighton, they had no idea the impact that the Creative Arts Festival would have; they just knew at the time that Labrador communities were full of stories, waiting to be shared with each other.

“There were so many different school boards the teachers and the kids from various schools never got to meet each other,” explains Borlase. “So I noticed that a lot of these communities had stories they wanted to tell and yet there was no opportunity to share them with other communities or other schools. In a lot of cases they wouldn’t have known the kids in the next community. Postville being an example because Postville at that time was under the Pentecostal school board and the others were under the integrated school board.” 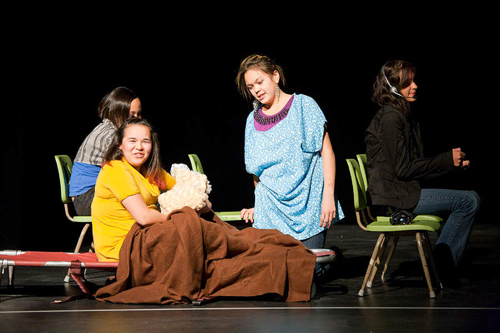 Soon the Labrador Creative Arts Festival would become an integral part of the school year, bringing in hundreds of visiting artists to share their love of the arts with generations of Labradorians, and creating a venue for youth to share their stories with each other.

The festival, taking place each year in Happy Valley-Goose Bay, would bring in students from each of Labrador’s schools to perform original plays on a variety of topics written by the students themselves. The plays reflect the topics that youth in Labrador believe are important: stories of relocation, culture, language, addiction, suicide, friendship, and community - all told from their perspective.

“Theatre tends to be something that leads, so I noticed through the years we might have plays be of a certain topic and then, as a result of having that topic being presented, action happened, government action happens, or an intervention or something was improved,” says Borlase. “So theatre can be very valuable in that aspect of engaging people and getting them to think to the future and getting them to understand the tradition. Evolving tradition certainly is a really important topic: what was once is very significant in developing who you are now. But as your identity moves forward, you incorporate what you know from the past and use that to formulate how you look at the future.” 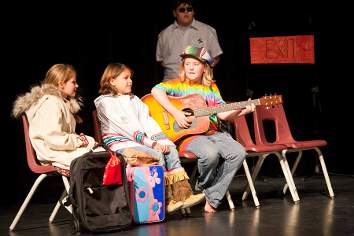 In the summer of 2016, Borlase was awarded the Order of Canada for the work he has done in Labrador, and similar work he’s done in New Brunswick. “There were just so many people involved in this work,” explains Borlase, “and you think of all these people and all the work they’ve done, and really I just see this as a collective award in the sense that it’s giving an award to an idea, and I just happen to be the lucky guy that got it.”

Borlase says that the festival has had a long-lasting impact on its participants that goes beyond theatre and the arts.

“What the Creative Arts Festival has done is it has given confidence to a lot of young people, and then carried on to their adult lives,” says Borlase. “It gives them confidence to speak out, to make their positions and their perspectives on their own ideas known. Because it’s kind of a sharing format and people don’t have to feel like they’re criticized or under the gun. What they have to say is important; it’s validated by being in the public space. What’s said on the stage is something we all take away with us even though we might be in the audience.”

Now, along with the Labrador Institute’s Dr. Martha MacDonald, Borlase is beginning a new theatre project through the Tradition & Transition Research project called IkKaumajammik. The project examines plays from the festival’s decades of performances from the five Nunatsiavut communities, looking at the changing ways that Labrador Inuit self-identify.

MacDonald and Borlase will be traveling to each of the Nunatsiavut communities over the next three years to work with community members to re-examine old plays and create new ones, in hopes of invigorating adult community theatre in Nunatsiavut. Along with this work they will also be creating an anthology of the over four decades of plays coming from Nunatsiavut. The anthology will help to chart the changing expression of Inuit identity over the festival’s run. The pair plan on visiting Hopedale and Makkovik in 2017 with the hopes of bringing theatre to everyone in the communities, both young and old. 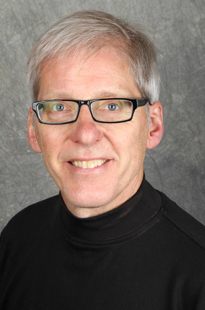