As Mark Turner and other members of the organizing committee began to sift through all of the proposals for the 2016 Inuit Studies Conference it became clear to them that this would be no ordinary Conference. Turner said they were amazed by all of the proposals of music performance, cinema, arts, photography, and more.

The proposals all met the theme of this year’s conference, Inuit traditions, the problem was how to fit these living, breathing aspects of Inuit culture into an academic conference. At the same time organizers were searching for a way to engage the public from the host city of St. John’s. With those two thoughts in mind the katingavik inuit arts festival was born.

“We really wanted to open up and encourage people to put in submissions for the Conference that took up the theme of Inuit traditions across a range of different types of presentation styles,” explains Turner, “So not just papers and posters and traditional academic fora. When we received the first round of submissions from potential applicants, we were amazed, and to a certain degree overwhelmed, by the range and quality arts-oriented submissions.”

katingavik, which is Inuktitut, meaning a gathering place for ceremonies, will run along side the Inuit Studies Conference - in tandem with its sister festival, the late-night iNuit Blanche. katingavik will provide a venue where both Conference participants and the St. John’s public can rub elbows and learn more about Inuit traditions, from around the North.

“I’m excited to help showcase Labrador Inuit artists in St. John’s; to be able to see those performances and traditions here. It’s vital for people on the Island, but it’s vital for our health as a province as well,” says Turner who has been coming to Nunatsiavut since 2010, and is currently working with musicians from Nunatsiavut.

Festivals celebrating Northern cultures are rare in Southern Canada, and Turner says that this is a first for St. John’s. katingavik will feature film screenings, Inuit brass bands and gospel singers, photo exhibitions, rock concerts and a performance from Inuk pop sensation Tanya Tagaq in collaborations with the St. John’s Arts and Culture Centre.

The festival hopes to create connections between support organizations located in the provincial capital of St. John’s with Labrador Inuit artists living in remote communities, who do not have the same opportunities to network as those living in the city.

“The relationship between St. John’s-based arts organizations and Labrador Inuit artists is, in a sense, still developing,” Turner laments, “I think it’s important as a province to strengthen those connections and to introduce Labrador Inuit artists to the range of supports that exist here in the province. This is vital for the development of the arts community of Newfoundland and Labrador”.

Turner is hoping that this festival will encourage not just the city of St. John’s, but other urban centres in Southern Canada as well. He hopes that katingavik can start a conversation between Inuit and the St. John’s public, as well as provide a place for Inuit living in the St. John’s area can come and celebrate their culture.

The katingavik inuit arts festival runs alongside the 2016 Inuit Studies Conference on October 8 and 9. 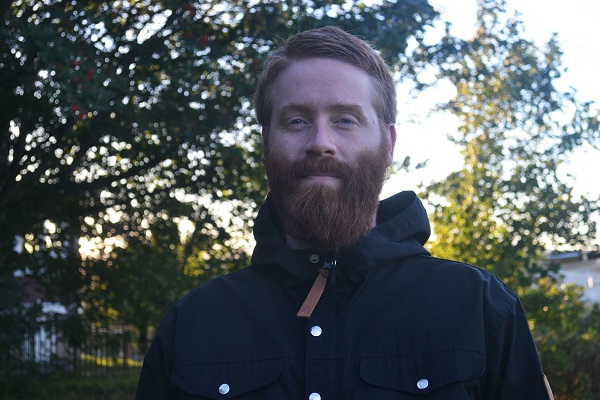