On October 8th, the 2016 Inuit Studies Conference is bringing the international phenomena of Nuit Blanche to the city of St. John’s and giving it a uniquely Inuit twist. The late night Inuit arts festival, iNuit Blanche, co-curated by Britt Gallpen, Mark Turner, and Heather Igloliorte, will see artists from across the North, and around the world, sharing their culture and their art with the St. John’s public.

Along with its sister festival, the three-day katingavik inuit arts festival (Oct 7-10), iNuit Blanche will represent the public facet of the Inuit Studies Conference. Both festivals will take during the conference and will provide a chance for conference participants and the St. John’s public to rub elbows and learn about Inuit art and culture.

The original Nuit Blanche began in Montreal, the city opened up its galleries, museums and public spaces all night to creative art installations, performances and more. The term means, ‘white night’ or an all-nighter, in French. It was such a success in Montreal that other cities such as Toronto, London, and Paris began hold their own Nuit Blanche, and now St. John’s.

With over 25 free Inuit-themed events happening across downtown St John’s, Igloliorte believes that this is the first time that the late-night art crawl has ever taken on a distinctive Inuit twist like this, and definitely a first for the Newfoundland and Labrador capital.

Igloliorte says that it is rare to see so many artists from different regions across the North working together in one place at the same time.

“I think there’s something really exciting and dynamic about presenting an opportunity for artists who come from all across the North to do something collaborative,” explains Igloliorte. “We live in such isolated communities, all over the North, or we feel isolated from our communities when we’re in the South. iNuit Blanche is an opportunity for us to take traditional arts and contemporary arts and do kinds of experimental work.”

iNuit Blanche is designed to take the arts from behind the velvet rope and place them firmly in the public space. Everything at iNuit Blanche is meant for the public to take part in and enjoy. “People can expect all kinds of things, there’s going to be interactive stuff and a lot of different ways people can engage with the projects that are happening,” explains Igloliorte. “There will be, for example, at the St. Michael’s print shop, a group of Inuit learning printmaking all week, then during iNuit Blanche the public is going to be invited into the studio to make your their own print.”

One of the events Igloliorte is most excited about is a circumpolar postcard exchange, which will allow people across the North who cannot attend the Inuit Studies Conference to have a presence. Igloliorte and her team will be sending out blank postcards to artists of all kinds across the North. Once the post cards are filled out and decorated they will be sent back to St. John’s to be on display for iNuit Blanche. Once the night is over, everyone that participated in the exchange will be mailed a different postcard from a different artist.

This will be the first chance for many people living in the provincial capital of St. John’s to take part in such a large and focused celebration of Inuit culture, something Igloliorte believes will be good for the city, and the province as a whole.

“iNuit Blanche will help raise awareness in Newfoundland about the amazing culture that is in Labrador that they probably don’t always get to experience, even though we share a province,” says Igloliorte.

Beginning just before sundown and going on until a midnight concert at the Ship Inn, in downtown St. John’s, Igloliorte and the other organizers are hoping that the Inuit Studies Conference participants and the St. John’s public will attempt to visit all the night’s festivities.

“It will be a bit of a challenge, but not only will it be possible for someone to go to all 25 events, we’re actually going to incentivize going to all 25,” explains Igloliorte. “We’re going to be selling canvas tote bags for iNuit Blanche and we’re printing a bingo card with the 25 events on each bag. Then at each site that you go to you’ll be able to collect an artist button, and whoever collects the most buttons is going to win door prizes at the Ship Inn at the end of the night.”

iNuit Blanche is happening across the city of St. John’s on the night of October 8th. For more information, including times and locations, visit the iNuit Blanche website. 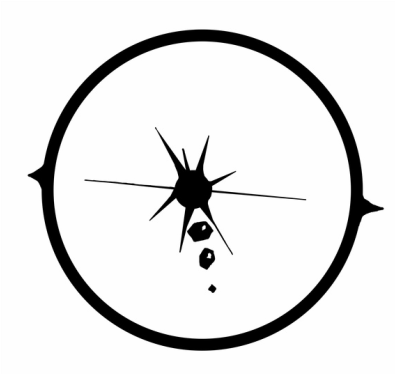