This project studies the politics and operation of the Nunatsiavut Government (NG), the only Inuit self-government in Canada. Special emphasis is devoted to how effective the NG has been in fulfilling the objectives of the 2005 Labrador Inuit Land Claims Agreement. Since the NG's unique structure draws on both the settler and Inuit world, our project focuses on how this hybrid functions, and what role traditional Inuit knowledge plays in governance.

Of the many aspects of recent Nunatsiavut government and politics relating to the land claim, we are engaged in three sub-projects. The first focusses on the Nunatsiavut Assembly as the central representative governance institution in Nunatsiavut. Specifically, our project examines how the Nunatsiavut assembly operates, as well as what roles various categories of members (ministers, ordinary members, angajukKât, community council chairs) play and how they interact with one another. Additionally, we consider the extent to which Inuit values and perspectives shape the operation of this Assembly.

A second, closely related sub-project looks at the motivations and the behaviour of those who seek elected office. This provides a frame to ask about personal characteristics and political views that motivate people to run for office, and whether or to what extent realizing the goals of the land claim are a concern for candidates interested in such positions. A further concern of this sub-project is the process of election, specifically how candidates conduct their election campaigns and whether those elected find it personally and politically satisfying to serve in elected office.

Fish and wildlife, and the land that sustains them, are of vital importance for Labrador Inuit, and the focus of the third sub-project recognizes this. This component is a study of the two co-management boards established by the land claim, the Torngat Joint Fisheries Board and the Torngat Wildlife and Plants Co-Management Board (as well as the Torngat Secretariat which supports them). It examines the role and effectiveness of the boards in achieving the objectives of the claim relating to the land and the animals.

Research is being conducted using a 'mixed method' approach: review of official documents and academic/popular commentary on Nunatsiavut; personal interviews with political figures (current and former), government officials and board members; and observation of Assembly sessions and board meetings.

The project's prime focus is on Nunatsiavut and its governance experiences, but where appropriate and instructive, comparisons are made with other Indigenous governance regimes (Inuit or otherwise) in Canada. It is hoped that the results of this research will be of interest to the officials of the Nunatsiavut Government and its beneficiaries, and that it will contribute to understandings of what is working well and what might require some adjustments within this Governmental body. 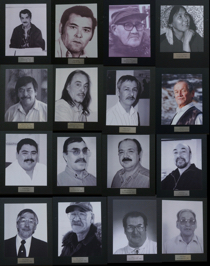