As Newfoundland and Labrador's only university, Memorial has a special obligation to the people of this province, and the Indigenous peoples that have always called this place home. The university was founded as a memorial to Newfoundlanders and Labradorians who lost their lives in the First World War. Its mission then, as it is now, is to help build a better future for the province, and the world.

The university's motto Provehito in Altum (Launch forth into the deep), captures the adventurous spirit of research here, which pushes the boundaries of understanding and ways of knowing. Memorial recognizes the need to work with Indigenous people in the province, their ways of knowing and communicating have been enriching knowledge and understanding at Memorial for many years. Through its strategic research themes, the university has committed to research about, for and with Indigenous peoples, past and present, and on Arctic and Northern Regions. Founded in 1925, with nearly 20,000 students currently enrolled and spread across four campuses throughout the province, Memorial is in a unique position not only to engage in research with Labrador Inuit, but also to collaborate with Inuit researchers working in their own communities. With over half a century of Inuit-themed research, Memorial has developed deep multigenerational relationships within Nunatsiavut. The Tradition & Transition Research Partnership is a further continuation and formalization of this relationship.

Researchers from Memorial have worked with Labrador Inuit extensively across a variety of fields: from archaeology to language and tourism. Many researchers from Memorial have become part of the community in Nunatsiavut and work to address community goals. A lot of Labrador Inuit specific research is conducted at Memorial's Labrador Institute in Happy Valley-Goose Bay; the Institute has been used as a venue to provide dedicated post-secondary training to Nunatsiavut nurses, social workers, and teachers.

Many students from Nunatsiavut study at Memorial University. The university has recently appointed an Associate Vice-President (Indigenous Research) Pro Tempore, Dr. Max Liboiron, who is doing important work to ensure that "research on Indigenous peoples and Lands done by settler researchers or by Indigenous researchers, is a focal point for expression, concern, attention and most importantly, action, for truth and reconciliation." The university also has a special President's Advisory committee on Aboriginal Affairs, which reviews and supports Indigenous education while also helping the university to create and promote awareness around Indigenous Peoples lifeways and educational needs. The university offers a certificate in Aboriginal and Indigenous Studies, and work is being done to create culturally safe spaces for Indigenous students on its campuses. 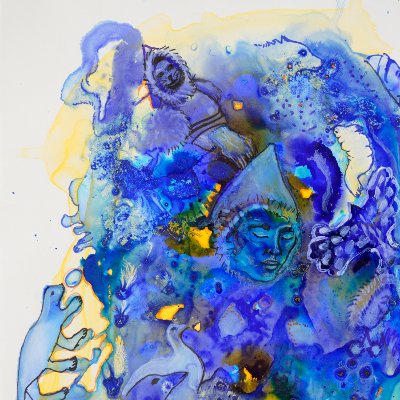